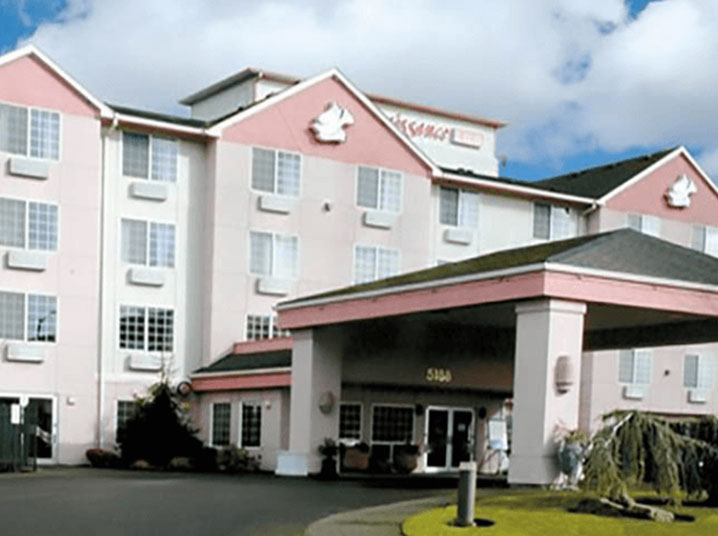 This project was very similar to the project at Depoe Bay. In fact, both projects were started on the same day. Just like the project at Depoe Bay, the roof had not been cleaned for many years. The moss growth was so bad that it became visible from the ground (4 stories below) and across the street giving the building an unprofessional appearance. There was another similarity between Depoe Bay and the Reniassance Inn. The project had to be done in such a way that no mess was created.

To avoid debris from falling on the ground below, we used the same debris blocking system that we used at Depoe Bay. This system blocked the mud, dirt and moss on a composition roof just as well as it did for a tile roof.

We collected the moss and debris that came off of the roof the same way that we did at Depoe Bay. We had to bag up the debris that was collecting in our gutter barricade every few hours. By the end of the project, we collected close to 4,000 lbs of debris.

In the end, we finished the project on time and will be providing future maintenance for the new management team at the Reniassance Inn.