Spencer View Apartments (U of O) 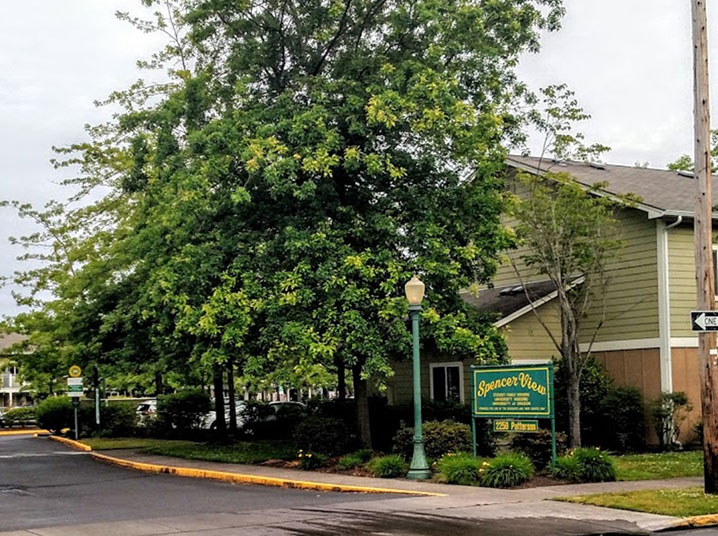 Spencer View Apartments is one of the University of Oregon’s housing complexes for local college students. The previous manager concentrated too much on the interior of the buildings and neglected the exterior.  In 2012, they asked for several quotes from local contractors and we were one of them. We quoted the roofs for moss removal, gutter cleaning, and a moss treatment. The manager ended up going with another company who claimed that only treating the roof would solve the problem. Well, that manager and the other business was very wrong. The moss did die but was never removed and only came back with vengeance the following year. In 2013 the University of Oregon fired the poorly performing manager and brought in a new manager with a more balanced approach. They also asked us to bid out the project again, this time accepting our quote and having every reason to trust our word.

Through experience, we know that treating a roof for moss growth simply isn’t enough. You do need to treat a roof, but only after manually removing as much of the moss growth as possible. Moss applications should really be used as a preventative measurement rather than a problem solver. That’s why we quoted Spencer View Apartments for a full moss removal, gutter cleaning, and moss treatment. The project took us 10 full business days and was three times more expensive than the previous service provider, but hey, you get what you pay for.

After the project was completed. The manager was so pleased with the work that he put us on a retainer program for all of the University of Oregon’s housing. Currently, we provide routine services for East Campus Housing, Spencer View Apartments, and Agate St. Apartments for the U of O.